This project is part of the large PADISS project and focuses on improving nutritional health. A first step was to carry out surveys from the population, mainly in the Far North of North Kivu.

For the province of North Kivu, the prevalence of chronic malnutrition is 49.6%, while it is 4.6% for severe acute malnutrition without edema. In addition, the nutritional situation in the province of North Kivu has been aggravated by an instability situation of almost three decades, if we consider the first crisis being the 1994 with the massive arrival of Rwandan refugees. This is an area where the situation has gotten worse since the 1980s and 1990s. If during these decades, one could count the cases of malnutrition in an isolated way in the hospitals, the situation today is considerably degraded to the point that the majority of the pediatric departments of the various hospitals of the province are occupied at more than 50% by severely malnourished children. It goes without saying that this situation contributes to the increase in the mortality rate in the province. 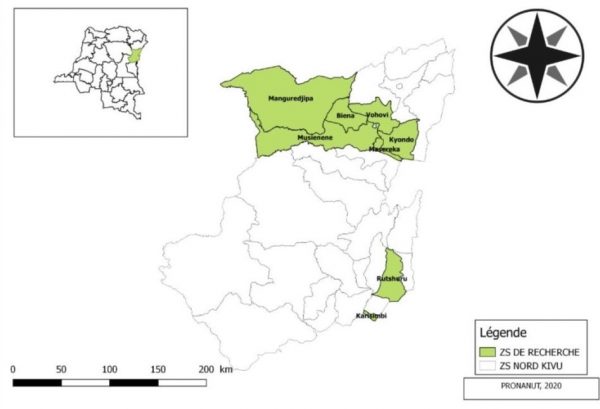 DRC: Support to the hospital platform of the Democratic Republic of the Congo

DRC: Mobilization for the right to health in Kinshasa

DRC: Consultation of the 1st level of care in Kintambo

SYNAPIC: Beekeeping as a driving force for sustainable land management

Support for strengthening gender and community participation in the DRC

Construction and rehabilitation of health structures

Support for the provincial health division of North Kivu

Support for the establishment of an accreditation system in North Kivu

Democratic Republic of the Congo: Project to Support the Integrated Development of the Healthcare System in North Kivu (PADISS)